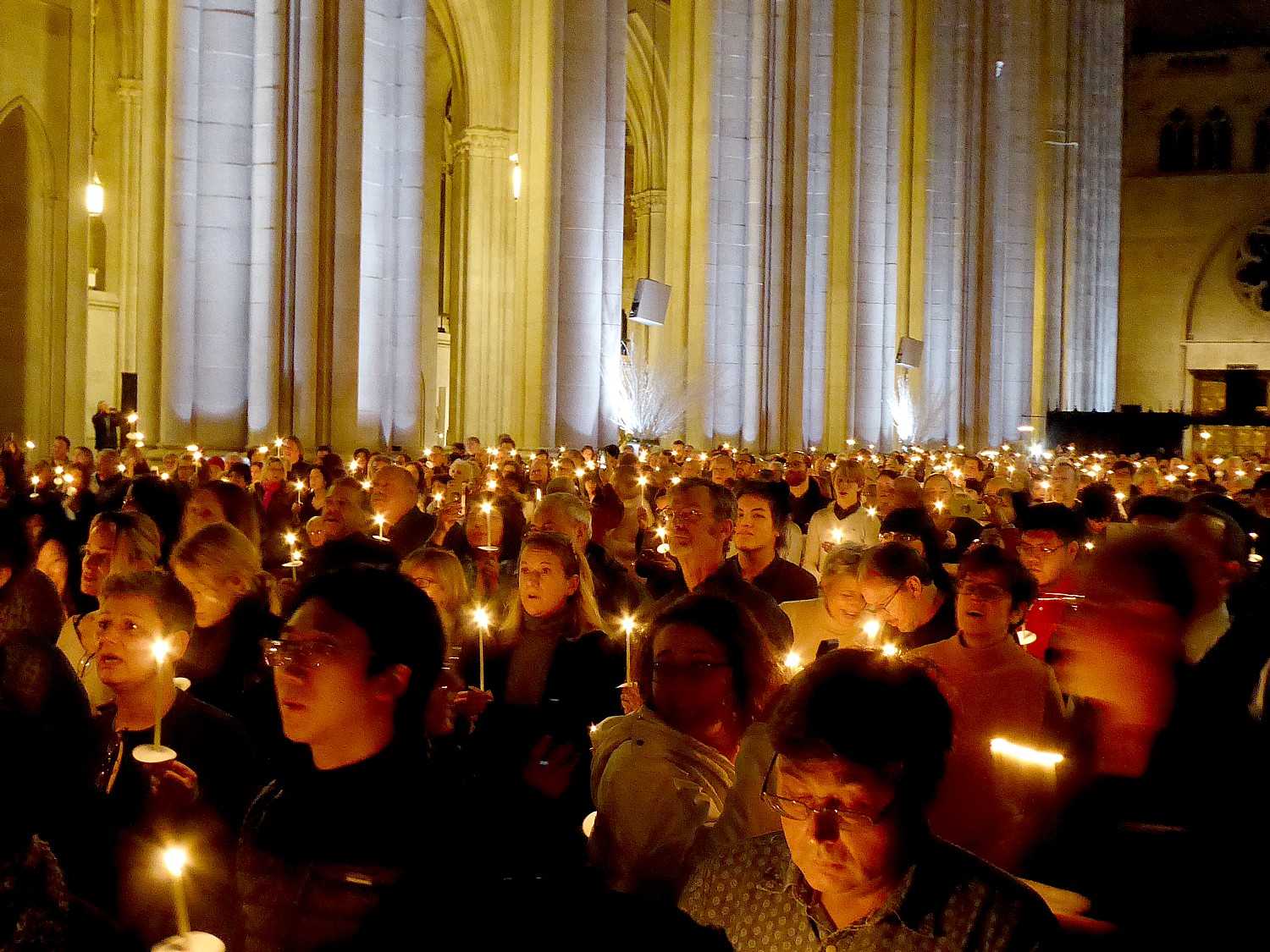 One of my favorite ways to bid adieu to the year and begin anew is the annual Concert for Peace at the magnificent Cathedral Church of St. John the Divine, now in its 34th year. This is a signature New Year’s Eve event that was founded by Leonard Bernstein in 1984 with the idea of bringing together New Yorkers and visitors from around the world for an evening filled with uplifting music. It is an event that rings in the new year with inspiration and resolve.

Led by Kent Tritle, Director of Cathedral Music, this year’s concert featured soloist Sidney Outlaw joining the choir for Robert Convery’s powerful setting of Martin Luther King, Jr.’s I have a dream during the 50th anniversary year of King’s assassination and the 20th anniversary of his composition.

The concert also included music by included William Boyce’s Symphony No. 1 in B-flat;  Mozart’s Symphony No. 29 in A Major, J.S. Bach’s Dona nobis pacem from his Mass in B minor.

The Cathedral Choir’s own Jamet Pittman led the audience inThis little light of mine as the entire congregation lit candles and basked in the glow to welcome the new year with hope, joy, and affirmation.