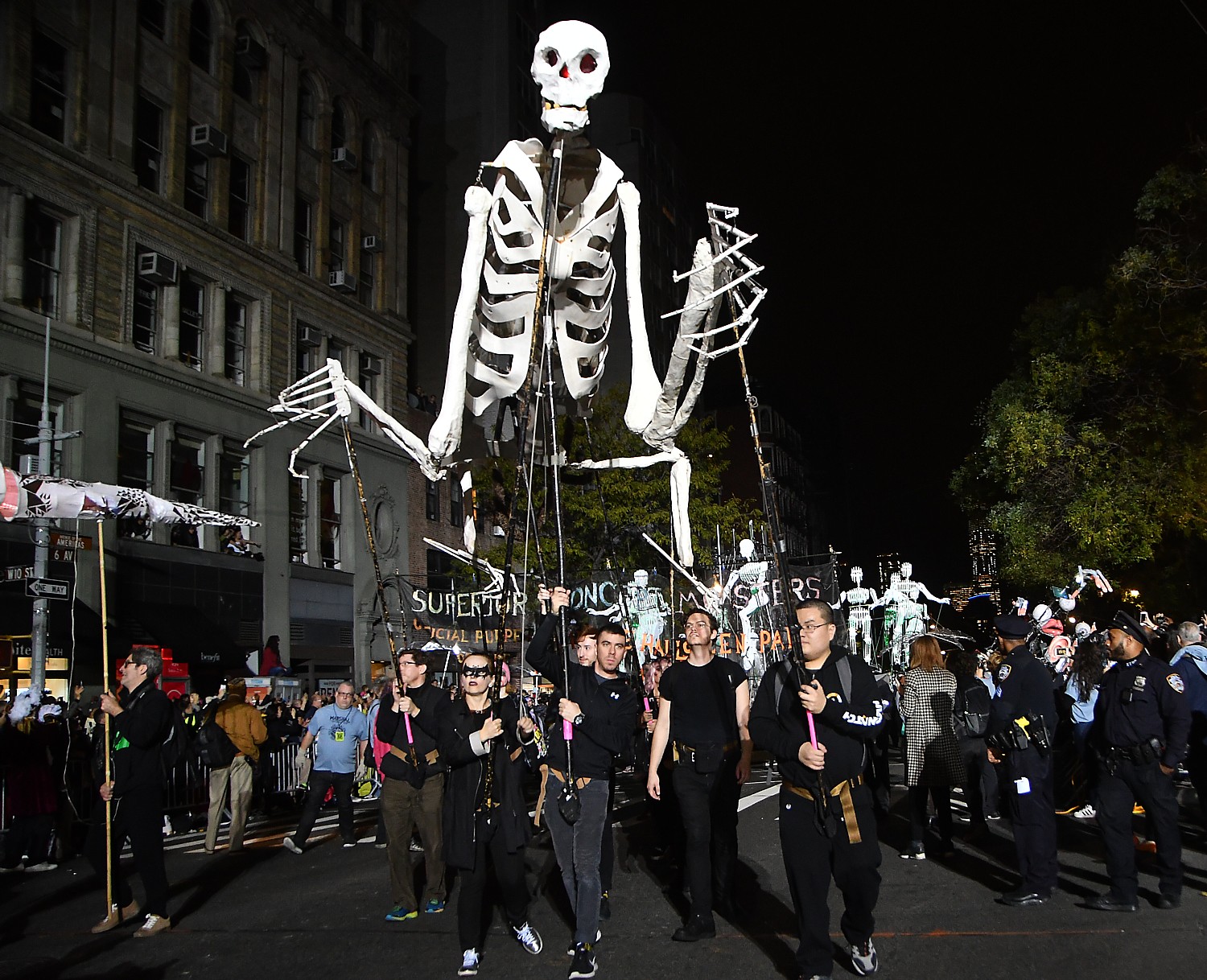 The 45th annual, iconic New York City Village Halloween Parade brought out thousands of costumed participants around the theme, “I AM a Robot!”

“With artificial intelligences learning, adapting, interpreting and reacting as humans do, the times we live in can be overwhelming,” said  Jeanne Fleming, Artistic/Producing Director of New York’s Village Halloween Parade. “This traditional and beloved event aspires to bring folks into their creative imagination—celebrating that quality that differentiates us from robots—and by extension make the world a better place. We as New Yorkers and those visiting the Big Apple can come together, affirm our identity, block out the distractions, focus on joy and inhabit the streets of New York LIVE.”

“The 2018 Village Halloween Parade celebrates what makes us human by exploring how we remake ourselves. For our part, we will deploy a floating phalanx of cybernetic figures, each tethered by glowing wires to its human controller to evoke the increasingly complex strands of identity that entangle man with machine. We invite all of our Halloween makers and marchers to join our positronic collective, expressing your inner cyborgs for an evening of robotic revelry as we employ our most uniquely human qualities–dreaming, fantasizing, creating–to do our best robot impersonations.”

The Village Halloween Parade is:

Attended by over 2 million people, seen by over 1 million on TV.

The nation’s only major night Parade.

Listed as one of the 100 Things to do Before You Die.

Picked by Events International as The Greatest Event on Earth on October 31, and ranked 3rd by Citysearch as the best event in New York City.

Ranked by Biz Bash as one of the top 10 events in NYC.

Recipient of the Municipal Arts Society of New York’s Award for making a major contribution to the cultural life of New York City.

Recipient of a major grant from the National Endowment for the Arts in recognition of Longtime Artistic Achievement.

Recipient of the Mayor’s Tourism Grant in recognition of the Parade’s major impact on the economic life of New York City and grants from the Manhattan Borough President’s Tourism Initiative.

Started by Greenwich Village mask maker and puppeteer in 1974, the Parade began as a walk from house to house in his neighborhood for his children and their friends.

After the second year of this local promenade, Theater for the New City stepped in and produced the event on a larger scale as part of their City in the Streets program. That year the Parade went through many more streets in Greenwich Village and attracted larger participation because of the involvement of the Theater.

After the third year, the Parade formed itself into a not-for-profit organization, discontinued its association with Theater for the New City and produced the Parade on its own.

The Village Halloween Parade has been a significant factor in the revitalization of the city and its spirit.

It also affords an opportunity for political expression.

For more information on the Parade, visit https://www.halloween-nyc.com/.