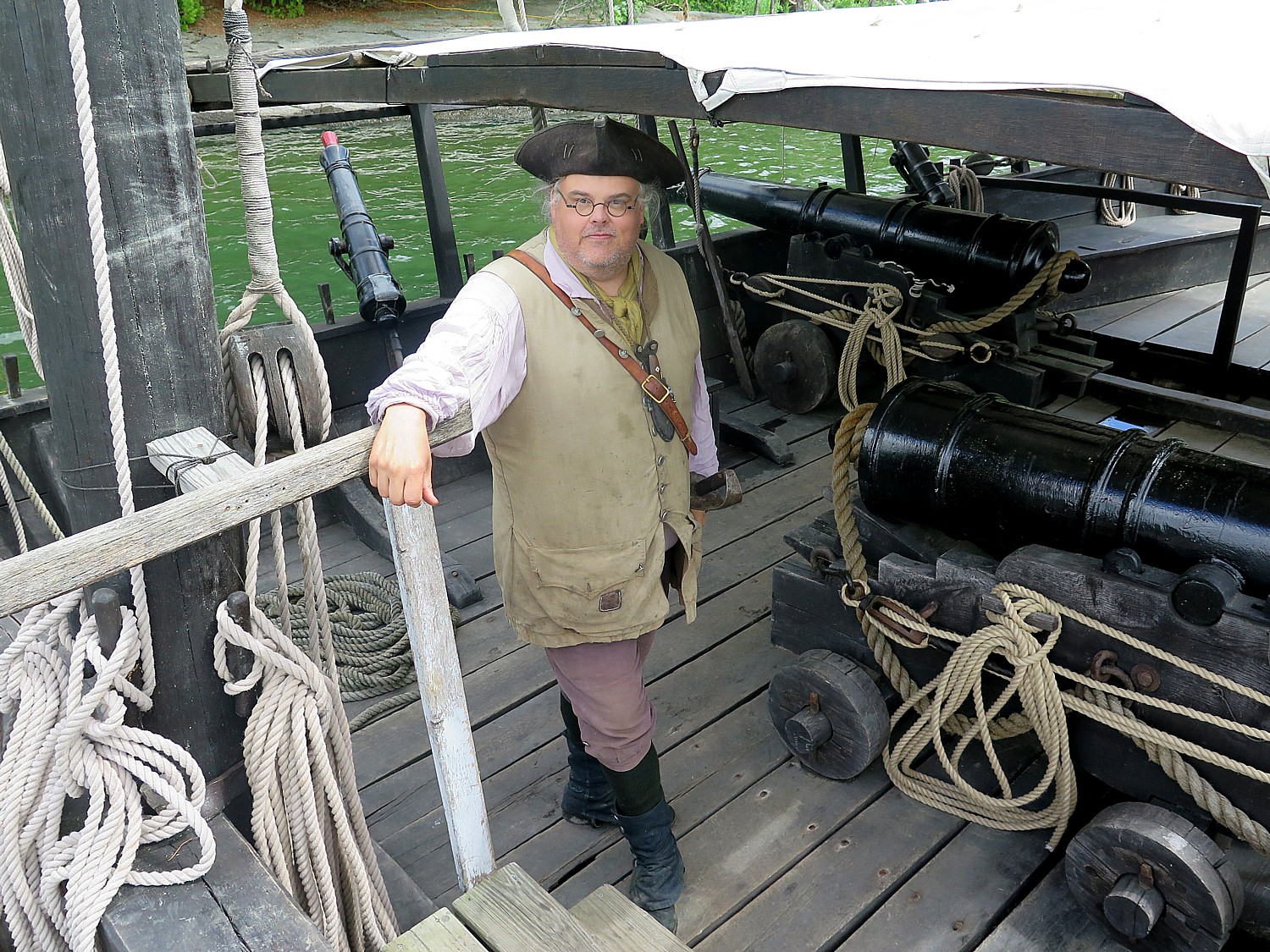 There is so much history around the Basin Harbor Club, a grand resort that celebrates its 130th season this year (see story 7/1), and much of it is encapsulated at the Lake Champlain Maritime Museum. It’s a great place to go, especially if it should rain or as a mid-day break. Children will be especially engaged, there is even an Adirondack-style cabin and a maritime playground, among the buildings arranged over a four-acre area that look like their own village.

Hands-on exhibits pay homage to the native peoples – the Contact of Cultures 1609: Abenaki Culture through the Centuries, housed in an 1818 stone schoolhouse from Panton, Vt.; the Hazelett Watercraft Center (featuring a 1902 ice yacht); the Key to Liberty Exhibit which describes the Revolutionary War in the Champlain Valley and the fate of shipwrecks from the 1776 fleet; Steam to Gasoline; a Nautical Archeology Center where you can peer into the Conservation Lab; a working 18th century-style blacksmith shop and more.

The crowning jewel here is the working replica of the 1776 gunboat Philadelphia II, which was built here on site (they have an active boat-building program that youngsters can engage in).

I am lucky enough to arrive just after a school group and find a costumed interpreter on board. Len Ruth portrays the first officer of the Philadelphia. He carries a sword as a symbol of his rank.

The Americans invaded Canada in 1775 taking everything but Quebec City. Then the British forced the Americans to retreat.

The gunboat Philadelphia was built in 1776 to prevent the British from continuing down from Canada at Champlain & Albany. Boats like these helped to slow the British down, but by the end of 1776, the British controlled Lake Champlain.

The hull was put together in a week, then it was rowed up to Ticonderoga for rigging and guns, then the mast. Only 8 of these gunboats were built.

The Philadelphia would have had a crew of 45 (it’s so small, it is almost impossible to conceive of that many onboard), and this would have been theor home for 6-8 weeks. We have put 45 reenactors onboard for a weekend. We had questions when we built it – how did it sail, how it ran. It was the least comfortable reenactment.”

Why so many crew? Half would have to be awake at any time. It took a dozen men to row – the oars were 20 ½ feet long and they had to stand to row, so they switched off after an hour.

One gun, 2,500 pounds, required nine men to operate; the bow gun, 4,000 lbs., required 12-13 man crew. The boat had at least four small guns, though they don’t know how many it had exactly because when it sunk, the crew were rescued by the Row Galley Washington and they stripped the boat. When the sunken ship was recovered, it had only one gun on it.

He points to where a center plank at the bow is split and says that the original Philadelphia, at the Smithsonian, ironically has the exact same split in the same plank.

He also tells us a fascinating story about Ethan Allen of the famous Green Mountain Boys, who apparently became a hero of the Patriot cause because he was upset that the British Parliament would not honor his purchase of land from New Hampshire. (Who knew?)

The museum also has long-boats, built by high school age kids, and a boat-building program.

They also built the whaleboat for the Charles W Morgan (at Mystic Seaport). “The kids built it, fit it and delivered it.”

Founded in 1986 to preserve and share the maritime heritage of the Champlain Valley, The Lake Champlain Museum offers engaging exhibits, hands-on learning opportunities, an archeological laboratory, and various buildings to explore over a four-acre lakeside campus. It is open daily from the end of May 21 through early October.