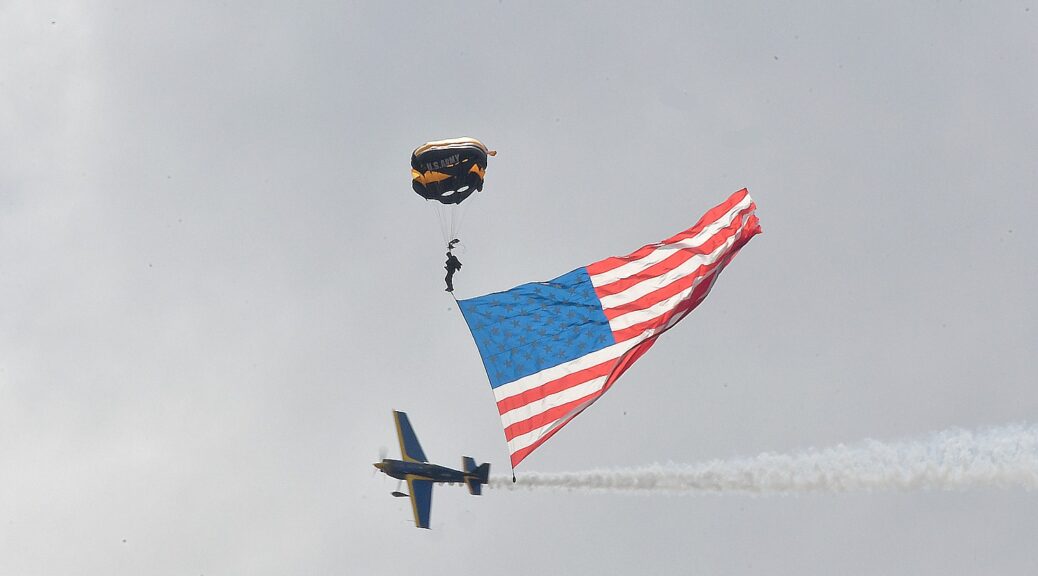 A capacity crowd of 181,000 turned out at Jones Beach State Park for the 2022 Bethpage Air Show on Sunday, May 29 (after the Saturday show was all but cancelled due to poor weather).

They witnessed the daring do of Jessy Panzer, a renowned female aerobatic pilot, flying for her second time at Jones Beach in a bi-plane; three of the American Air Power Museum’s flying fleet of Warbirds; the SUNY Farmingdale State College Flying Rams; Long Island’s own David Windmiller; and Mike Goulian, the most decorated aerobatic pilot in North America.

Also, the world-famous Skytypers, who are based at Republic Airport (and basically invented and patented skytyping) demonstrated thrilling combat maneuvers in their flight squadron of five vintage WWII aircraft.

See next: Photo highlights of the U.S. Navy Blue Angels