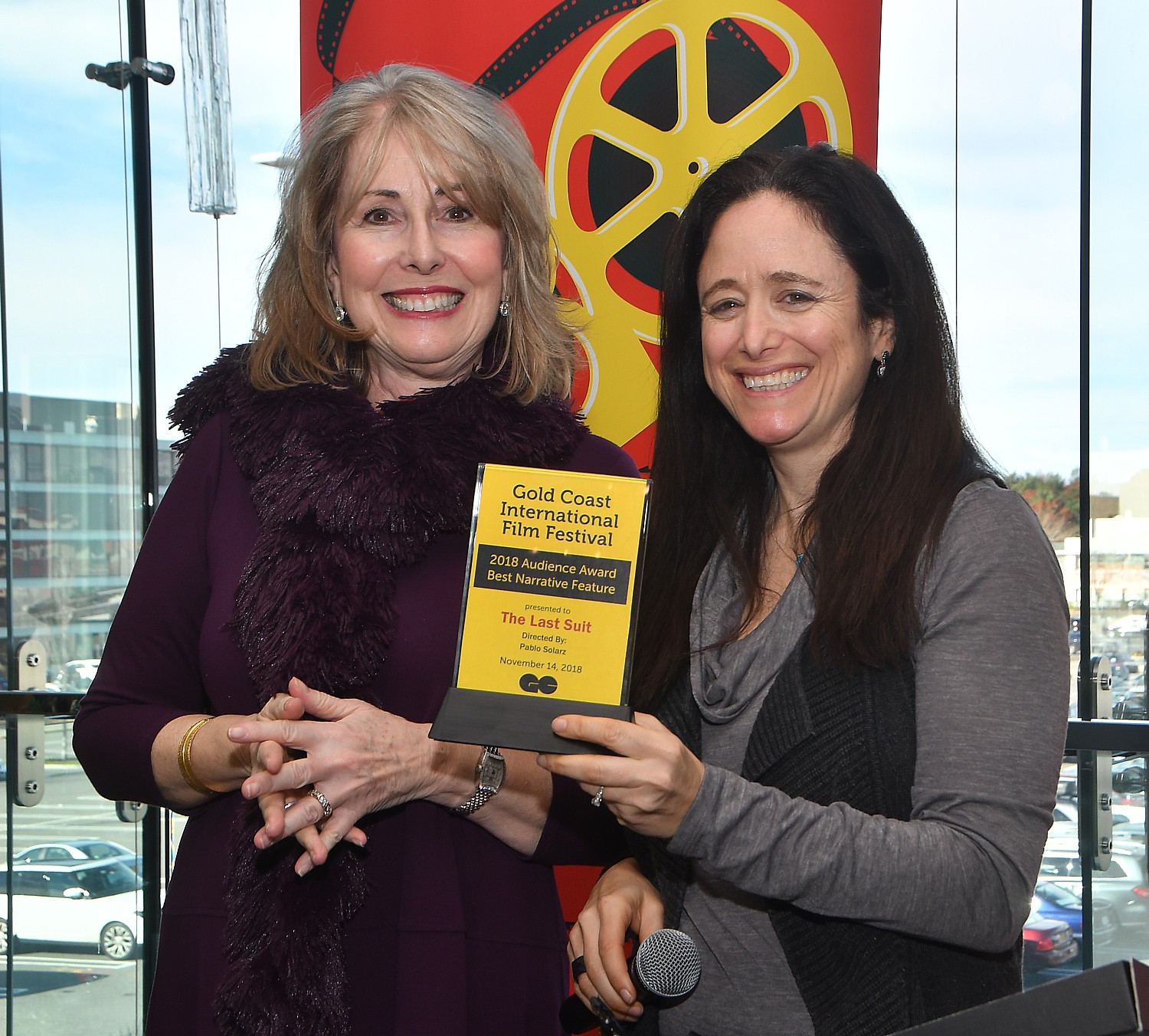 After 10 days and 80 films from 22 countries screened, many the United States or Long Island premiere, the 2018 Gold Coast International Film Festival came to a close and declared the winners:

The Audience Award Winner for Best Narrative was “The Lost Suit,” a bittersweet story made in Argentina and Spain by Pablo Solarz about an 88-year-old Jewish tailor who embarks on a long, transcontinental journey to try and find the man who saved him from certain death during the Holocaust. Heartfelt and charming, with a wonderful comedic flavor, the film reminds us of the importance of family, friendship, and keeping your word. Out of 230 audience-goers, 212 gave the film the highest ranking. “People were obsessed with it.” The Gold Coast arts center, which stages cinema series throughout the year, is hoping to bring it back.

The Audience Award Winner for Best Documentary Feature Film went to “Heading Home,” by Seth Kramer, Daniel A. Miller, Jeremy Newberger, a stirring underdog chronicle of the unexpected triumph of Israel’s national baseball team at the 2017 World Baseball Classic. With their Mensch on the Bench mascot by their side, the team laughs and cries as they discover the pride of representing Israel on the world stage. The screening featured a Q&A with Co-Director Jeremy Newberger.

Shorts film curator Alexandra Gil viewed some 2,000 submissions before making the selections for the festival.

The awards winners for the 8th annual festival were named at a gala lunch at the NM Café at Neiman Marcus Roosevelt Field, a major sponsor of the festival, which also supports youth arts programs. Other major sponsors included the Town of North Hempstead and Douglas Elliman Real Estate, which provided important seed money “when we were just an idea” and have kept up. Hofstra University is also a major supporter, offering film programs including internships.

Some 4,000 tickets were sold; audience goers came from 180 zipcodes. Audience goers get to see films that are rarely screened outside of independent theaters in New York City – the festival brings films to the suburbs. Many of the documentaries, like “Bathtubs Over Broadway,” an astonishing documentary about Steve Young’s quest to collect Industrial Musicals which sets him on a journey to meet the makers; and “Happy” Academy Award® nominated director Roko Belic’s film explores the secrets behind our most valued emotion, traveling from the bayous of Louisiana, the deserts of Namibia, the beaches of Brazil and the villages of Okinawa to a communal home in Denmark; and short films are only seen at festivals. There are also opportunities to hear from filmmakers and historians and engage in question and answers. One special program gives Young Filmmakers, from K-12, a chance to shine (and shine they did).

Here are more highlights from the festival: 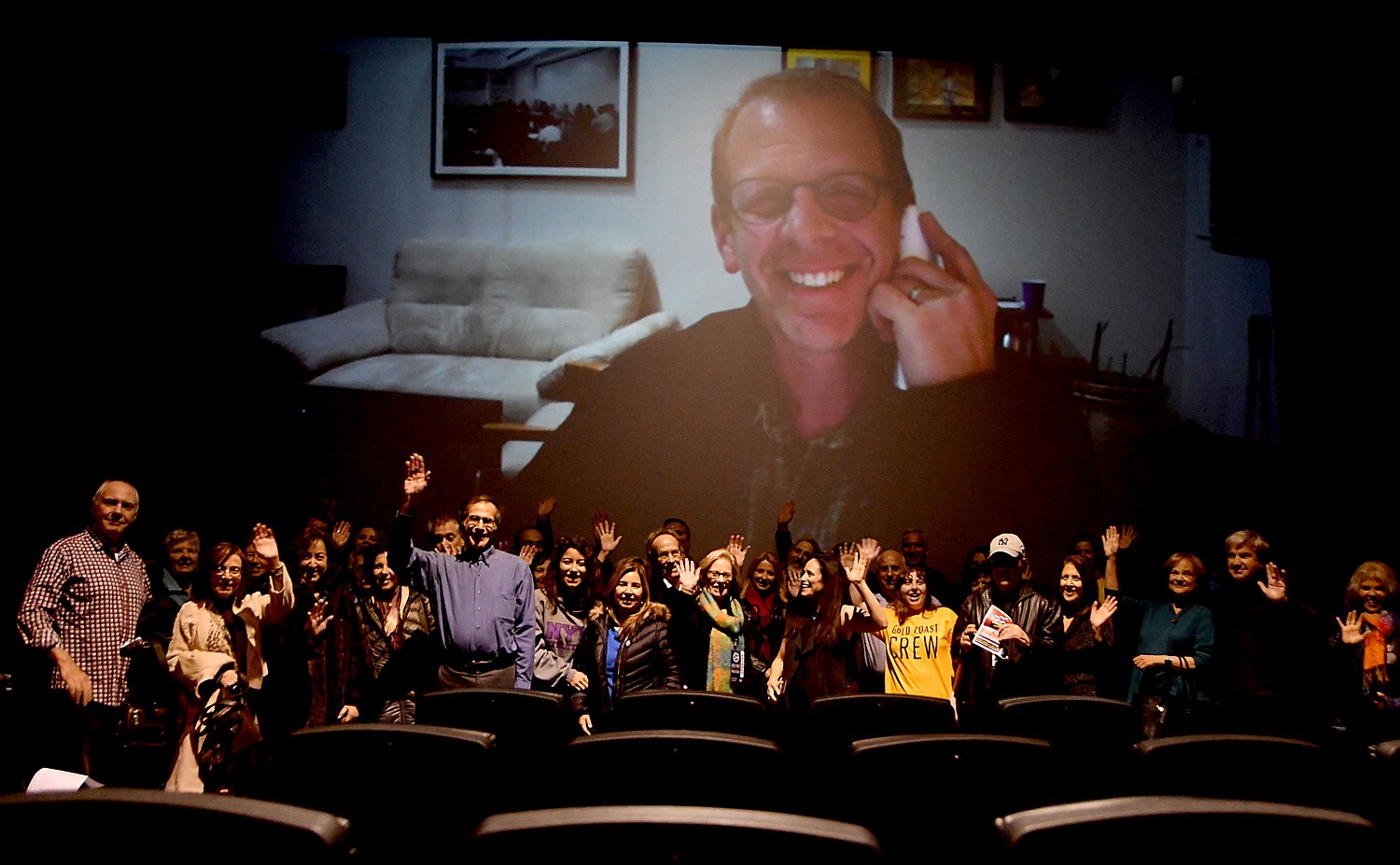 Paul Lieberstein, best known as Toby from “The Office,” plays nice-guy Fred in “Song of Back and Neck,” this charming romantic comedy which Lieberstan also directed. Fred rarely gets through the day without falling to the ground with crippling back and neck pain, and is not taken seriously by anyone at work. But as he discovers unexpected love and a rather unique talent, it is just the start of the unpredictable happenings coming his way. Lieberstein joined an audience Q&A via Skype following the Long Island premiere of his film © Karen Rubin/goingplacesfarandnear.com