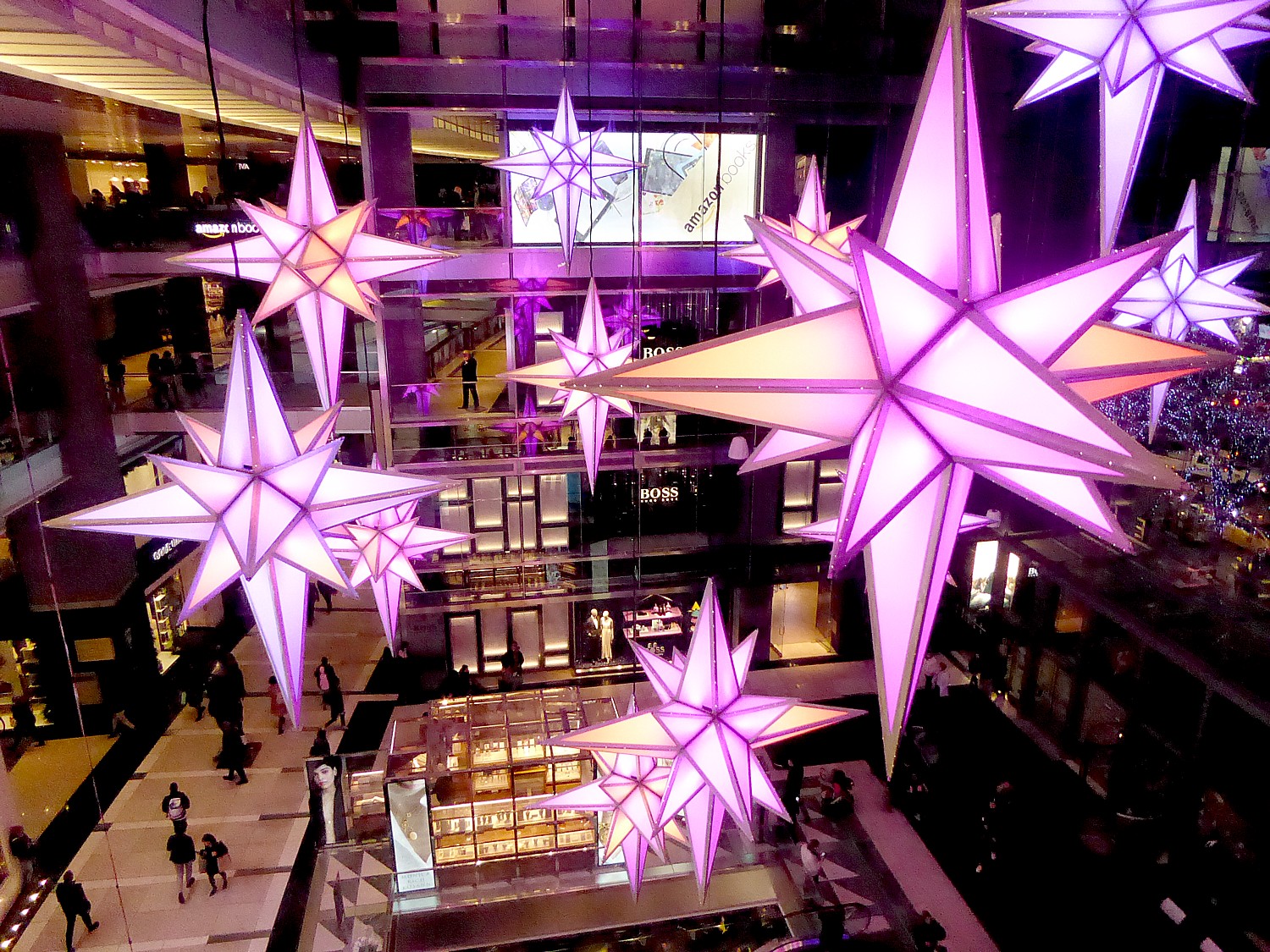 For a festive place to shop in New York, The Shops at Columbus Circle  is a destination within a destination that draws more than 16 million visitors per year to its 50 shops, renowned restaurants, bars and that priceless view (free) of Central Park (not to mention temperature-controlled and pet-friendly). And there are some spectacular happenings for the holidays:

Broadway Under the Stars is a five-week series of free public performances from today’s hottest Broadway musicals performing on the second floor mezzanine at The Shops at Columbus Circle. Participating shows include: Beautiful: The Carole King Musical, Chicago, Dear Evan Hansen, Head Over Heels, Kinky Boots, The Phantom of the Opera, School of Rock, Waitress and Wicked (check out theshopsatcolumbuscircle.com for schedules). Performances, which began Monday, Nov. 12, take place for five consecutive Mondays through Dec. 10.

You get to see the actual cast performing in this extraordinarily intimate space – like your living room, except that it overlooks the massive stars that dip into the atrium. What is more, actor George Psomas (Fiddler on the Roof, South Pacific) who hosts the event, elicits wonderful insights from the performers about their career and the shows in brief interviews.

On Nov. 19, we got to see performances from Head Over Heels, Ruben & Clay’s Christmas Show, The Band’s Visit, and Beautiful: The Carole King Musical.

Nov. 26: The Phantom of the Opera, Chicago, Waitress

The shows begin at 5 pm.  They are free and open to the public – no reservations or tickets are required but people line up at least an hour before to get a decent view.

On Monday, November 26, there is the 19th Annual Winter’s Eve Event in conjunction with the Lincoln Square Business Improvement District. Artists, up-and-coming musicians, dancers, street performers and more will be present to welcome the holiday season and light up the Upper West Side with an evening of music, food, dancing and fun for everyone. The Shops at Columbus Circle will host an evening of entertainment, shopping discounts and food samplings.

Holiday Under the Stars is The Shops at Columbus Circle’s holiday lights display, featuring 12 massive 14-foot stars which hang from the 100-foot-high ceilings. This is claimed to be the largest specialty crafted exhibit of illuminated color display in the world. There is a 5-minute daily musical light show every half hour from 5 pm to 9 pm, through the end of the year.

Culinary Delights:  Among the restaurants are six Michelin Stars among two of its restaurants:Chef Masayoshi Takayama’s Masa is the only three-star Michelin Japanese/Sushi restaurant in the U.S., and the gastronomic jewel box that is Thomas Keller’s Per Se has the rest. The Bluebird London restaurant in London and Momofuku Noodle Bar are newly opened and join the Landmarc and Porter House restaurants.

Also, from the 150-foot-high panoramic windows, you can take in the breathtaking views of Central Park. It’s one of the few indoor places in Manhattan where you can enjoy this vantage point.

What is remarkable is the ambiance of refinement, of calm that you don’t ordinarily feel shopping for the holidays – it’s not so much as a mall (perish the thought!) as an urban oasis. The Shops at Columbus Circle is a real neighborhood place, where Upper Westsiders come to buy groceries at Whole Foods and work out at the Equinox gym. The architecture and décor is absolutely lovely.

Many of the shops offer special events throughout the year. Visit www.theshopsatcolumbuscircle.com for ever-changing list of events and happenings.

The Shops at Columbus Circle, located in Time Warner Center in the heart of Manhattan on Columbus Circle, has become one of New York’s iconic destinations to dine, shop, entertain, and be entertained. The soaring 2.8 million-square-foot landmark has transformed Columbus Circle into a cultural portal to Manhattan’s Upper West Side and Central Park.

Visit www.theshopsatcolumbuscircle.com to learn more and get the full schedule of events and activities throughout the holiday season. 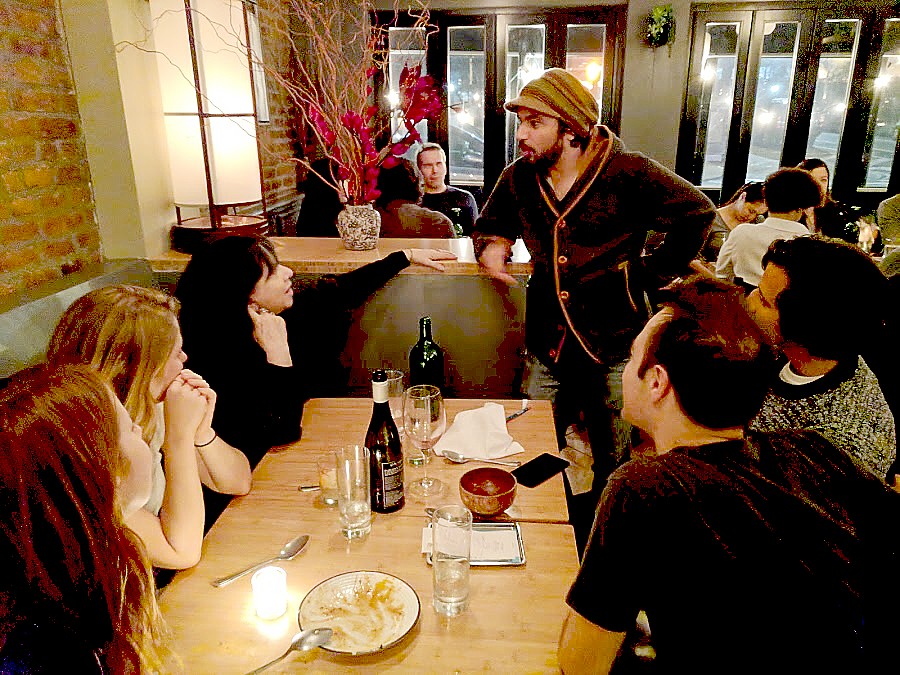